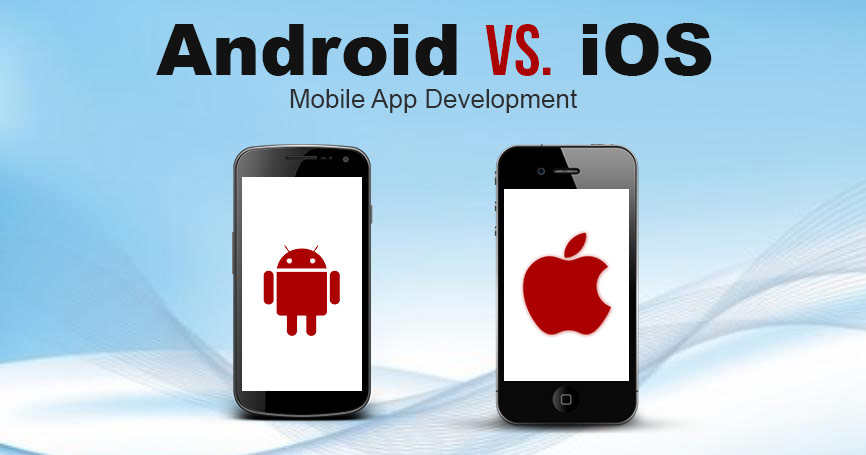 Software engineers often get puzzled choosing between Android or iOS development, the major reason being confused about what field has a better scope/future. Both iOS and Android development have similar architecture but the difference comes in development and maintenance approaches specifically.

iOS and android also differ from each other in terms of design and the marketing strategy that is involved after app development. In this blog, we’ll sum up all the major differences between iOS App Development and mobile app.

Both Android and iOS programming use different development languages. Android apps are created via Java and Kotlin (secondary option) and on the other hand, iOS apps are created using Swift proprietary language.

Development Environment is another category of differentiation between Android and iOS mobile app development.

Android developers employ Android Studio, a proprietary tool introduced by Google in 2013 that includes a wide variety of accessible capabilities. Android Studio is cross-platform, offers excellent readability, and a comprehensive set of development and debugging tools.

Oppositely, iOS Developers use the proprietary XCode Tool. This tool is backed by Apply and it provides a variety of bug fixing tools. It supports all kinds of iOS devices.

Partitioning is used in the development of Android apps; a coding team must split the program down into pieces and activities. A single activity is analogous to a single app screen; if a developer works on a project with many screens, he will be responsible for thousands of activities.

View controllers are important to the architecture of iOS applications. There are several sorts of such utilized in app development, including page view, tab, and split view controllers. A view controller can control the full screen or a portion of it. The iOS architecture is more controllable and less prone to errors than the Android app design.

When it comes to app development complexity, iOS outperforms Android by a wide margin. It has a lot to do with the fragmentation of devices. While Apple has a restricted number of devices and hence a limited number of screen sizes to care for, this is not the situation with Android. There are many screen styles available depending on the screen size, density, and OS version.

A developer will have to employ dozens of device simulators during testing to verify the app is shown similarly for all users, in addition to adjusting the visuals to the entire spectrum of devices. As a result, both testing and development need several reviews and iterations, which consume both resources and time.